Tissue spearing microwave ablation after extended right hemihepatectomy. Lesion, progressive in size to 43 x 36 mm at the time of the intervention, was fully covered by the ablation volume. In addition a 5-mm satellite tumour dorsocranial to the main lesion showed in the planning scan. They were treated with a double needle configuration and repositioning after the initial ablation. In the postinterventional control scan, the lesion was completely covered without evidence of periinterventional complications. 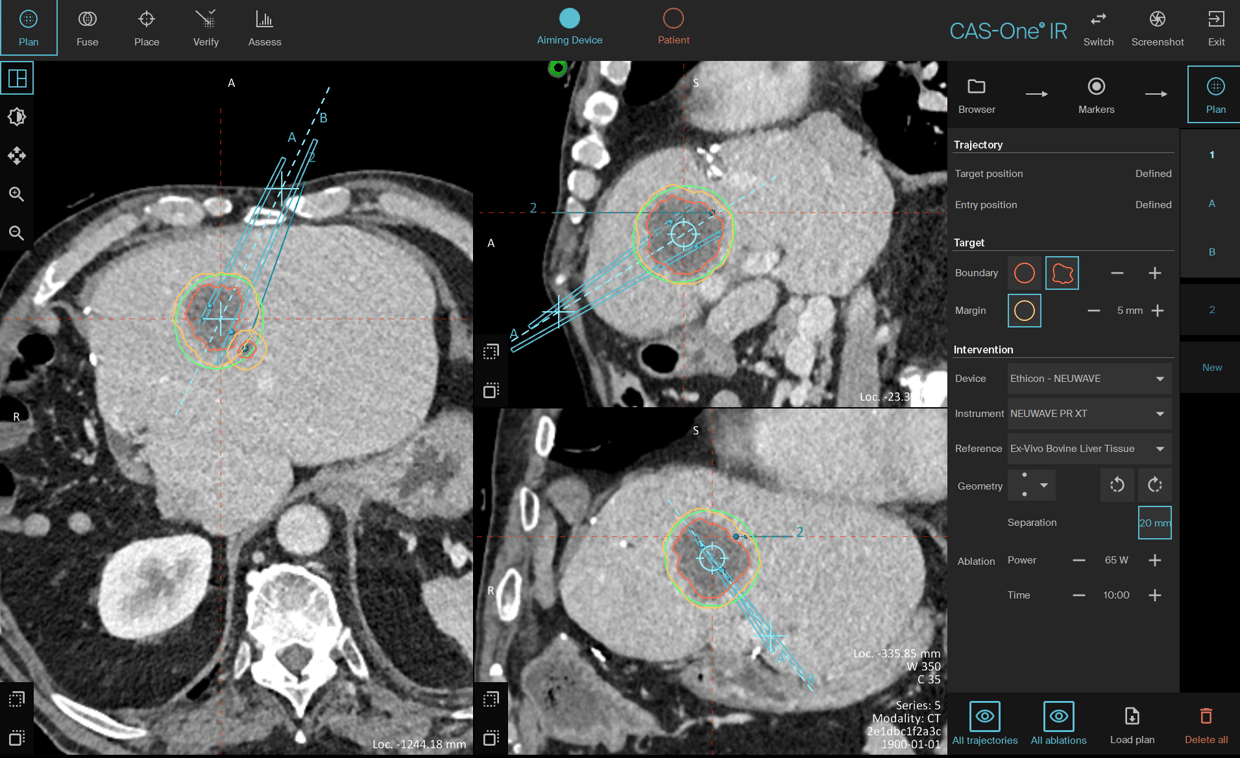 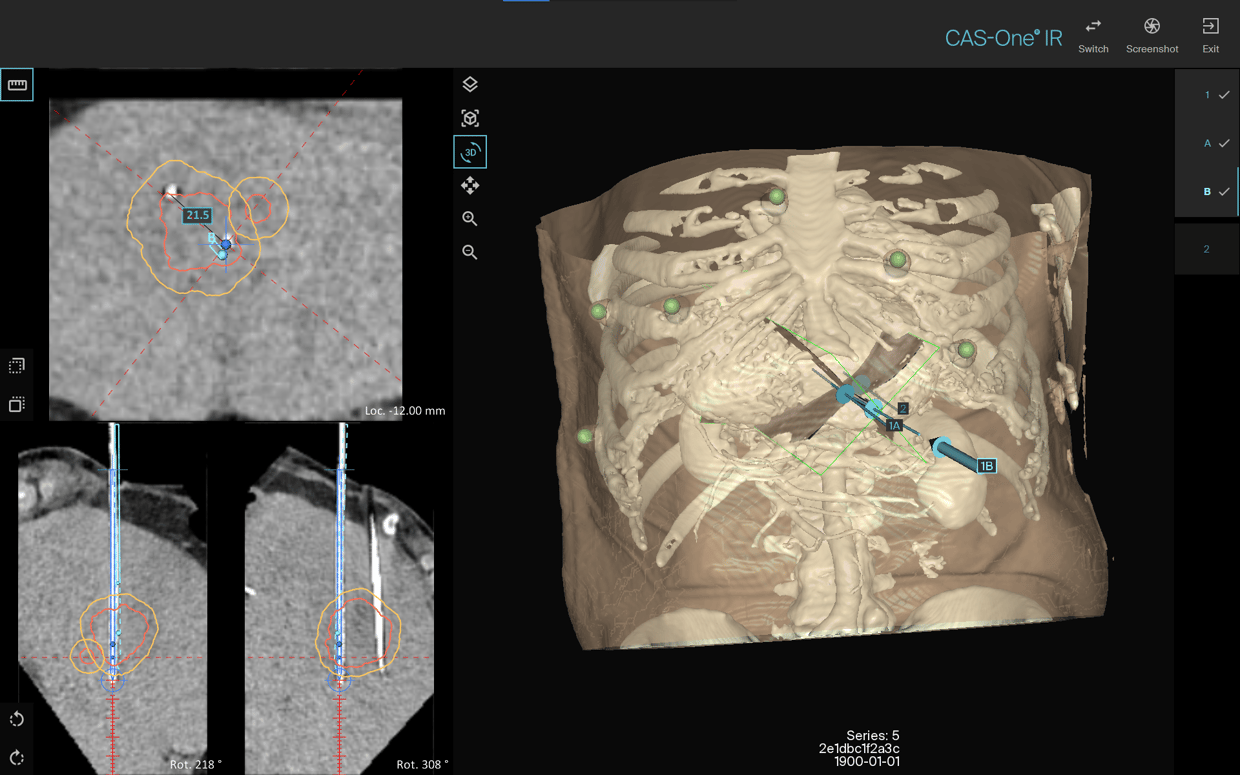 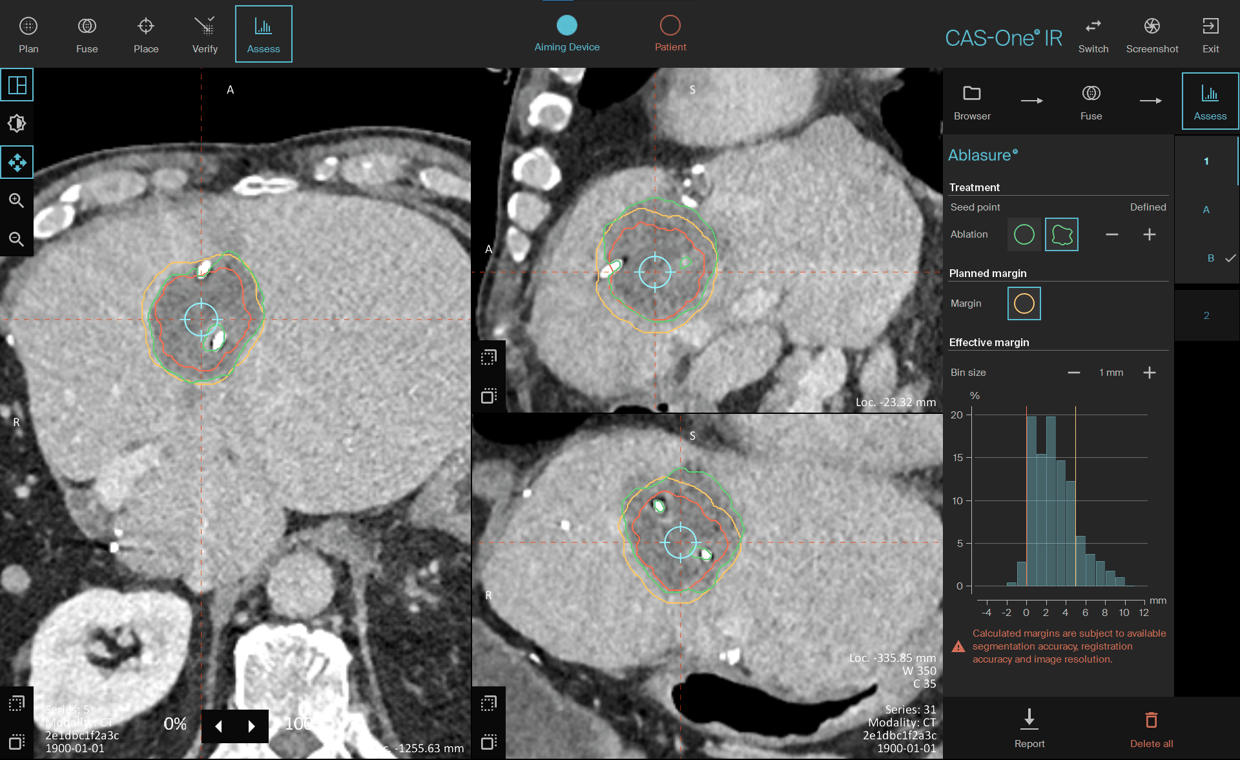 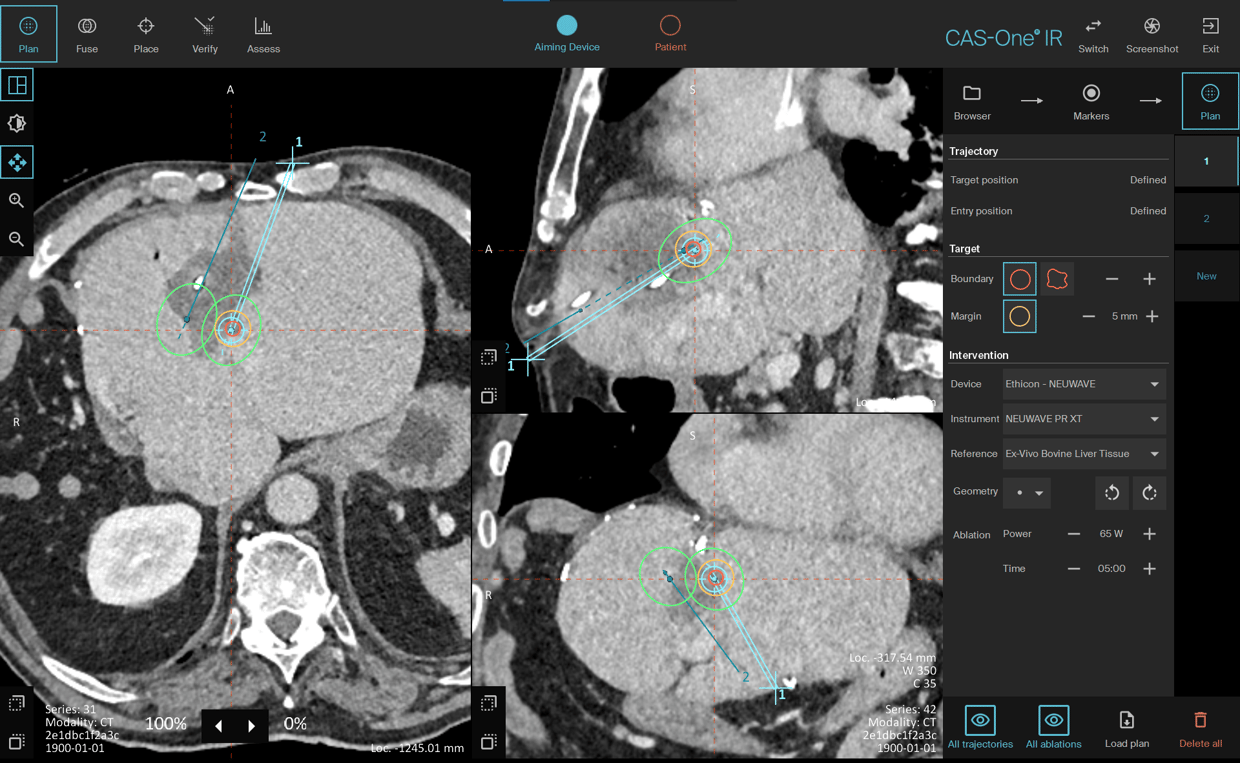