Tissue-sparing tumour treatment in a patient with  a single kidney

In a patient with a single, functioning kidney, the advantages of navigated microwave ablations that allow the destruction of the tumor while protecting surrounding tissue and preserving the health of the remaining organ are particularly pertinent.

Clinical benefits of the method include:

Here we show that CAS-One enables the minimally invasive and targeted treatment of kidney tumors. 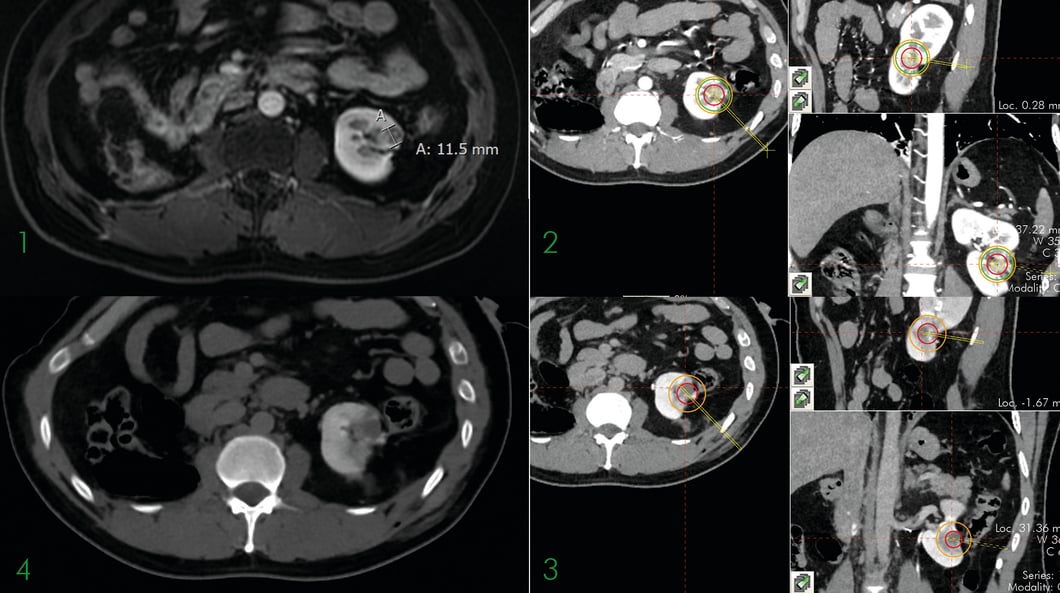 
The kidney’s location inside a layer of adipose tissue makes the organ highly mobile in normal, physiological states during a minimally invasive intervention, compared to an open procedure.

To mitigate against these procedural risks, these steps should be considered:.