CT-guided microwave ablation of two liver metastasis in the left hepatic lobe in segments III and IVa. Due to the patient history, a tissue-sparing procedure was indicated to keep options for further treatment open. At the same time, the ablation in segment III (shown in this case report) in close proximity to the colon requires high precision of the procedure in order to achieve a complete ablation of the malignant tissue without harming the colon. 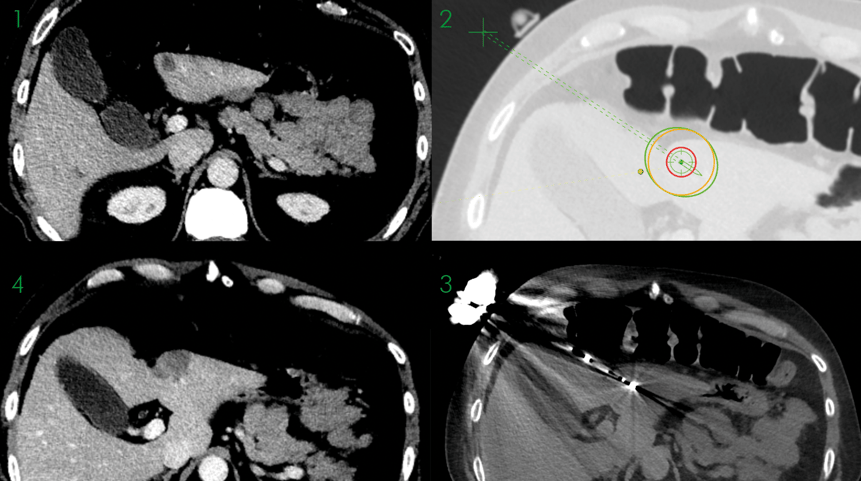