Biopsy and Microwave Ablation of a residual Metastasis in Segment I

Complex treatment to help a patient with several liver metastasis. In this case a biopsy followed by a microwave ablation of a residual metastasis in segment 1 was performed. Both required extreme precision to not harm critical structures like the inferior caval vein, the right branch of the portal vein and the main bile duct. Successfull treatment was shown on control scans right after the ablation and confirmed by a MRI 6 weeks after the intervention. 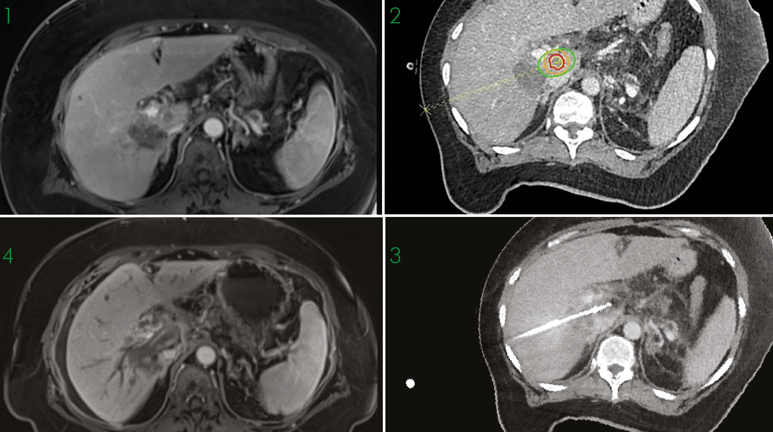