CT-Guided Biopsy in a difficult Localisation in the Liver Hilum

Biopsy in the liver hilum to a suspected lesion with a difficult and long pathway without passing through the portal vein or puncturing the gallbladder. Biopsy was performed with 16G co-axial system with a 18G biopsy needle. Three cylinders were taken from the suspected tissue. The pathology shows a carcinoma with little differential, expressing CDX2 which means it is probably of pancreatic-biliary origin. 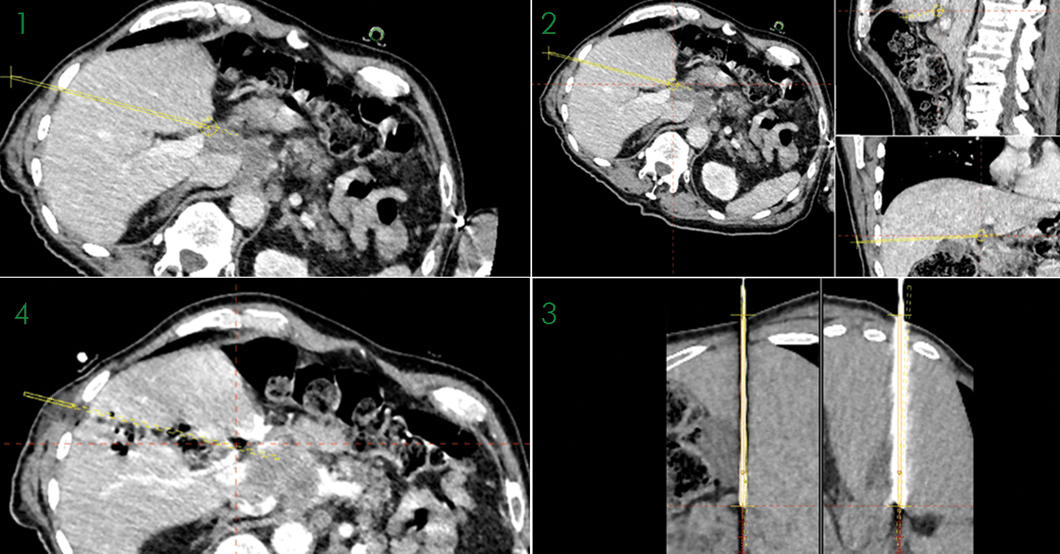 1 + 2: Planning scans of the biopsy showing the only possible pathway to the suspected lesion without passing through the portal vein or puncturing the gallbladder
3: Validation of the position of the biopsy needle
4: Verification after the biopsy was taken