Ablation and Re-Ablation of Esophageal Carcinoma after intraoperative Margin Assessment

Combined treatment of esophageal carcinoma with chemo and radiation therapy according to the CROSS regimen accompanied by local treatment of a delicate lesion with image-guided microwave ablation. After use of newly available intraoperative margin assessment feature in the Quality Ablation workflow, decision for immediate re-ablation to also cover the the remnants was taken. 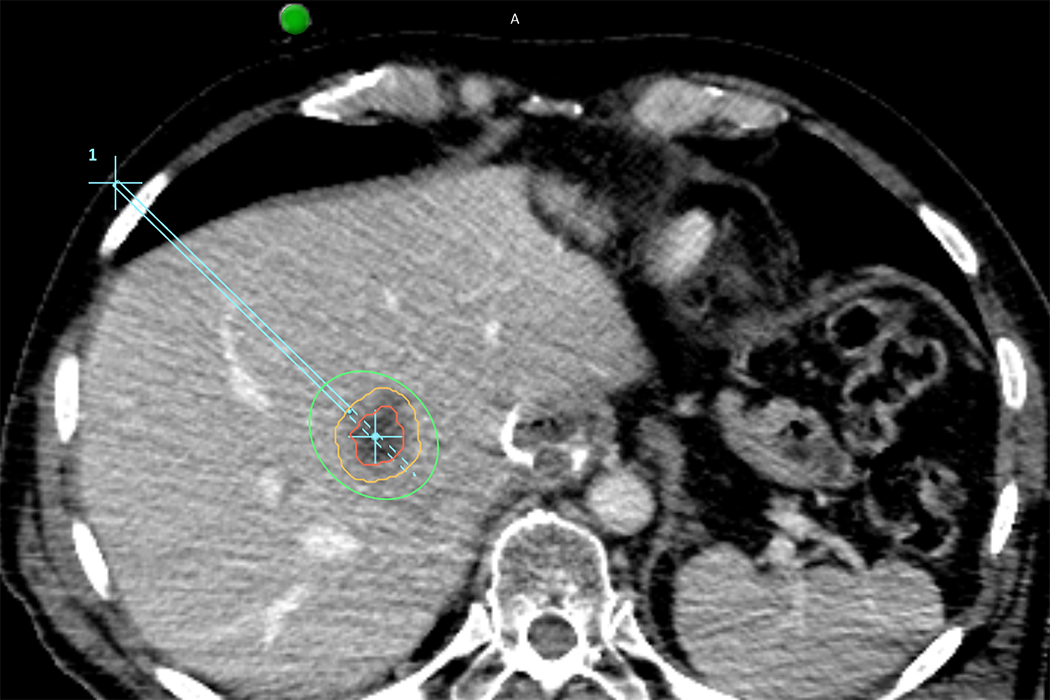 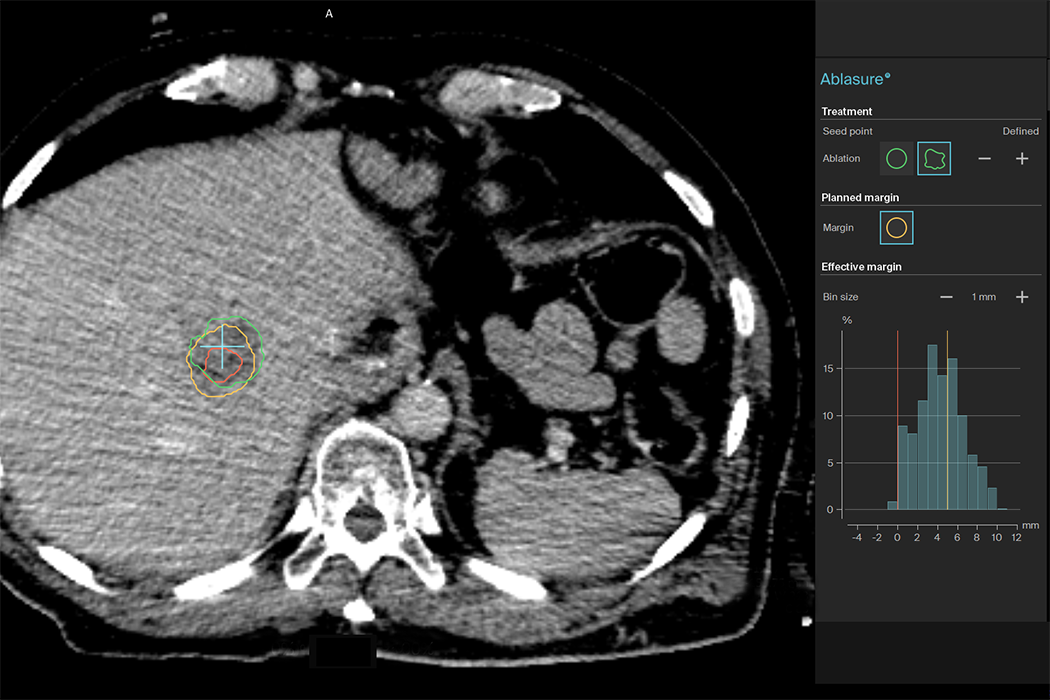 Planning scan of the re-ablation to also cover the remnant shown in the above picture. Comparison of the planning- and post ablation scan using AblaSure for margin assessment.