Navigated Microwave Ablation of a Colon Metastasis in the Lung

Navigated microwave ablation of a metastasis of the colon that has settled in the lower left lobe of the lung. Planning of the procedure, ablation and verification with CAS-One IR. The CT control scan taken three months after surgery shows no signs of local tumor activity. 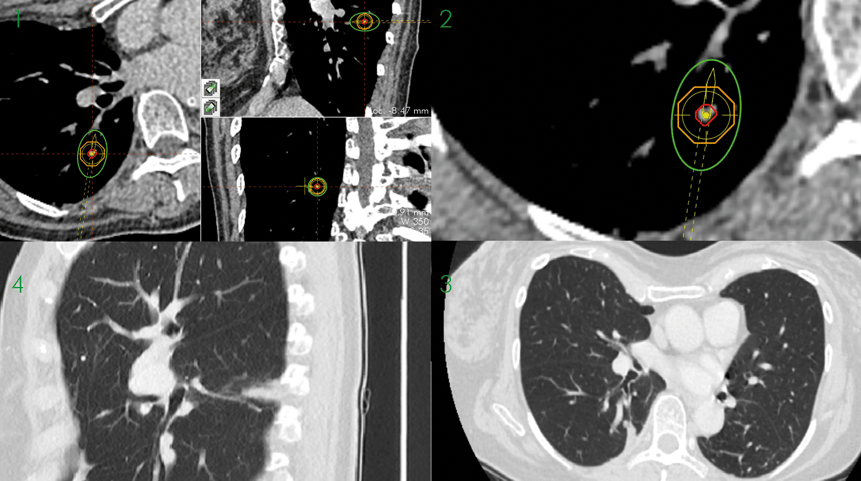