Following a standardized workflow, a solitary metastatic lung lesion was treated with CAS-One IR guided ablation. A lateral patient position was consistently maintained throughout, providing easy probe access to this posterior lobe lesion. The ablation was efficiently planned and placed deliberately in one entire insertion depth advancement, with high accuracy. Post ablation analysis confirmed complete ablation of the tumour. The procedure was done in less than one hour. The success of this users first CAS-One IR lung ablation is a confirmation of the adaptability of this workflow that consistently produces accurate and successful results in multiple organs. 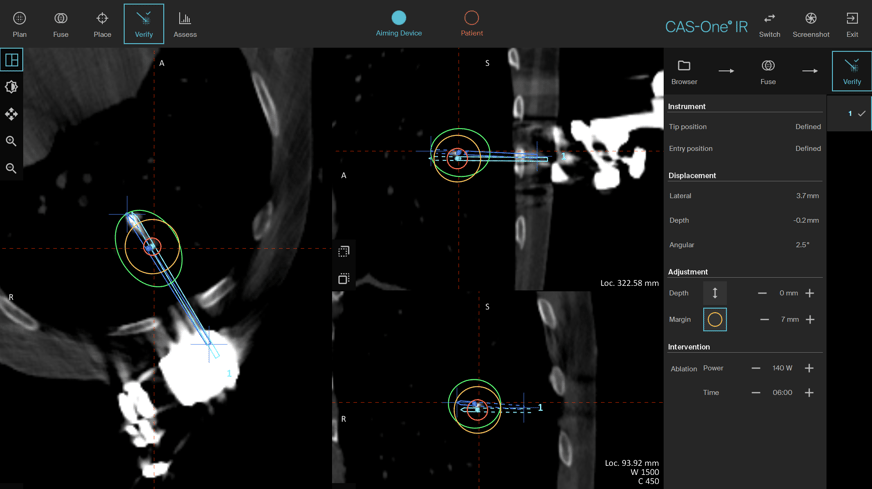